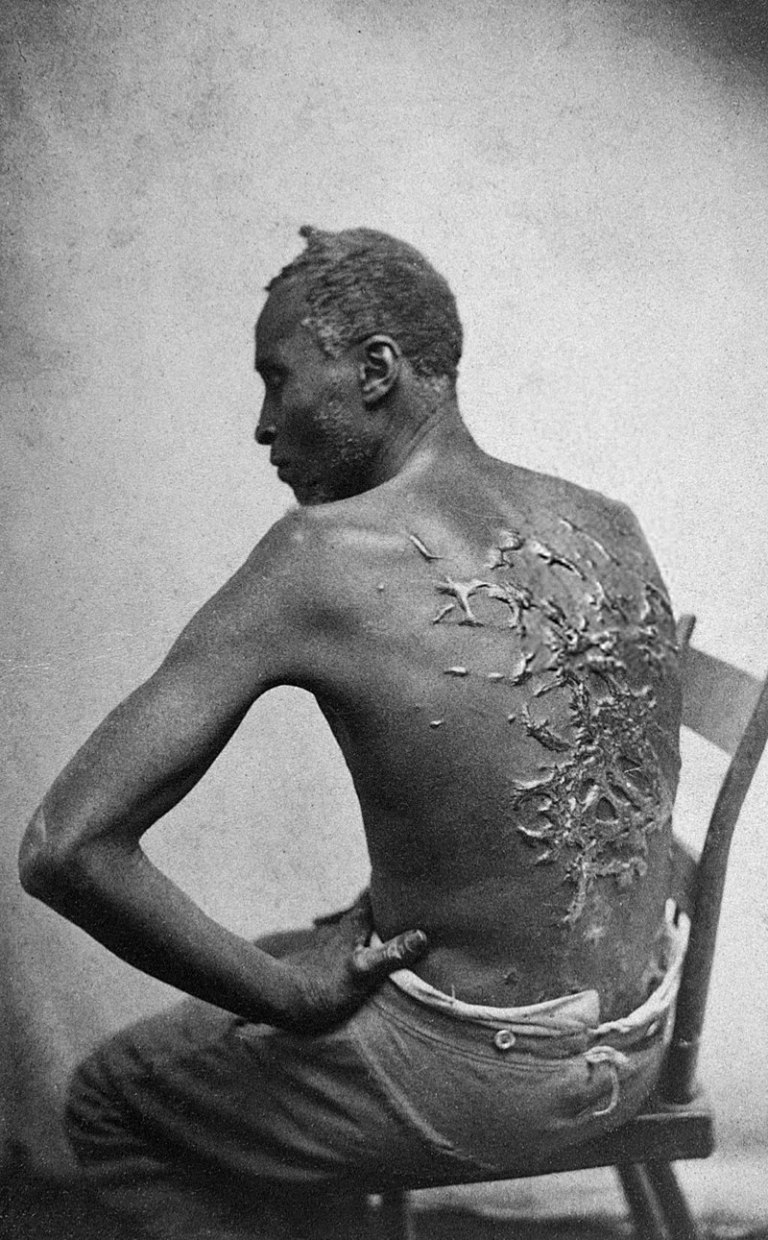 The man seen in this photograph was known as Gordon. The massive scars on his back came from whippings form overseers on a plantation. Slavery in the United States was kept alive through violence and the force of the law. The enslaved had no rights nor the benefits of citizenship based on the color of their skin. Slave status was inherited and children would be forced into servitude. Gordon escaped his enslavement making his way to a Union Army encampment in Baton Rouge, Louisiana in 1863. Many of the enslaved made their way to Union Army encampments in the hopes they could finally escape abuse and oppression. It was no surprise that some of the former slaves and freedmen enlisted in the Union Army to defeat the Confederacy. Pictures of Gordon appeared in newspapers such as Harper’s Weekly, which altered the North’s public opinion of the American South. The pictures of Gordon gave a boost to the abolitionist movement. Speeches and organizing were helpful,but visual evidence was more powerful. Gordon according to records later served in the US Colored Troops. He went from slave to soldier in the fight for freedom and restoration of the republic. The American Civil War was a test of human rights, citizenship,  the identity of a nation, and the challenge of addressing racial injustice.