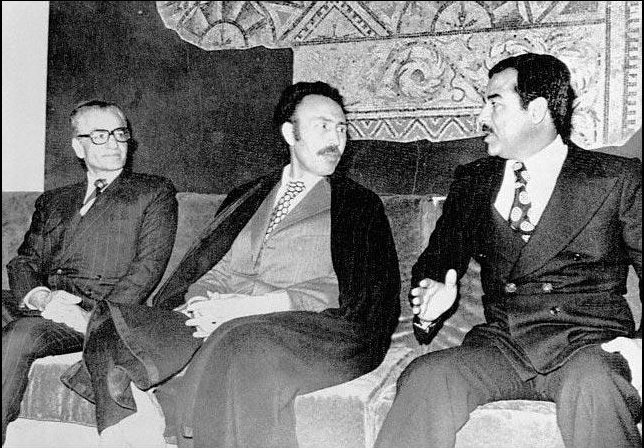 Algeria had with the Algiers Agreement of 1975 prevented war from breaking out between Iraq and Iran. Border disputes and Kurdish conflict had brought the two nations on a collision course. President Houri Boumediene wanted to prevent such a conflict, because he realized it would further fracture of the Arab world and the African continent as a whole. Shah  Mohammad Reza Pahlavi was supporting Kurdish rebels active in the north in Iraq. Vice President Saddam Hussein who was in reality the de-facto leader of Iraq would not tolerate active resistance in Iraq’s territory. President Boumediene saw that Israel exploited this type of tension by also arming Kurdish rebels along with the US. The former imperial powers like France or the UK could once more gain influence if conflict was not stopped. A treaty was later signed and a joint commission formed between Iran and Iraq. This did not last due to a turn of particular events. President Boumediene died in 1978. The Iranian Revolution occurred in 1979 bringing an Islamist theocracy to power. Saddam Hussein that same year came to power and was fearful of a theocratic Shia Muslim government having influence of the majority Shia Muslim population in Iraq. Thus the Iran-Iraq War broke out having devastating effects on the entire Middle Eastern region.

One thought on “The Shah, Saddam Hussein, and Houari Boumediene Meet for the Algiers Agreement (1975)”